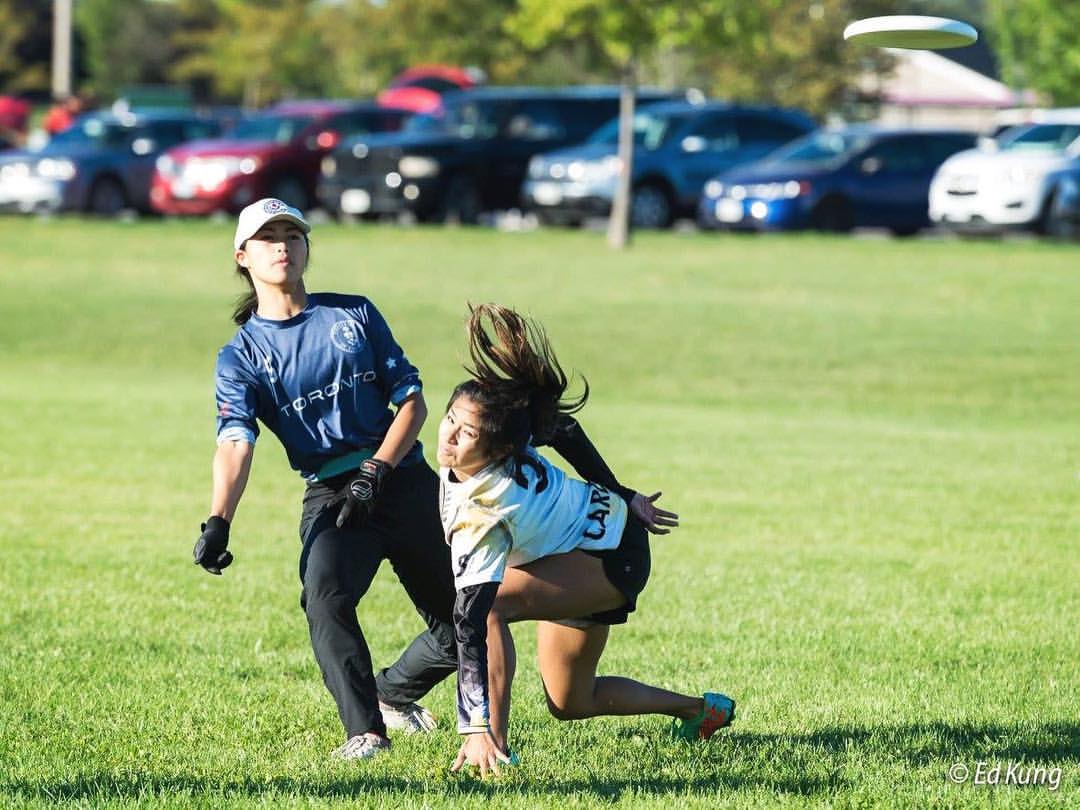 I originally posted this on social media accounts on March 2017. My company, The Ultimate Experience, launched a social media campaign called 'Why do I tour' to share stories of the touring aspect of Ultimate. I'm not sure where the term 'touring Ultimate' is used, as I found out Americans call it 'club' or 'rep', Asians call 'training' what I call practice, and most American club teams practice on the weekend where almost all Canadian teams I know practice on weekdays. I often use the term 'club' now but touring will always sound like home to me. The Ultimate Experience, or the UE, likes to define touring Ultimate as a group of people travelling to play a tournament. Whether it's Nationals or UE's Ontario 4v4 Circuit tournaments on a Saturday morning, you are touring.

How do I begin to explain my passion for chasing plastic and all that's associated with it?

I picked up my first regulation disc at Toronto Ultimate Club's junior summer league in 2010. I went on to join Torontula at the University of Toronto in 2012.
Five years later, I am in my last year of undergraduate studies, won some hardware with Tula and have two seasons of touring under my belt (Lotus in 2015, 6ixers in 2016). I've attended tournaments that have solidified my love for the international Ultimate community – Whistler 5 on 5, Pan-American Ultimate Championships 2015, Bangkok Hat 2016, and Bali Nusantara Cup 2016… and this summer, Amsterdam Windmill Windup and hopefully, World Championships of Beach Ultimate 2017.
Sports began as an escape for me – for a moment in time, I leave the realities of dysfunctional relationships, deadlines, and both trivial and vital life decisions (which pizza do I order? What am I going to do with my life?) – but now, it's about personal growth, national- and international-level competition, and the incredible people I meet along the way.
I tour because I've watched other players play with grace, intelligence, athleticism and humility and think, /that could be me/. I tour because I want to set the bar higher for both mixed and women's Ultimate and challenge those around me. I tour because I don't know any other sport comparable to
Ultimate.

Why do I tour v2 (my life mission)

International Women’s Day reflection: what is strong? what is bad ass?

her name is Dream